Nikki Jade Taylor. Do you recognize that namel? If you’re a frequent visitor of the tranny category, then you might have seen this jaw-dropping babe.

She’s an Alabama beauty who got what it takes to give you a boner. With her knockout bod, you might find yourself stroking your package at the mere sight of it. What I really like about Nikki is her all-natural olive skin, cute hormonal titties, and mouth-watering derriere.

Now, let’s bask in the warm glow of her delish shemale personality.

In the past years, she’s appeared in different productions like Trans Angels, Gender X, and Grooby. 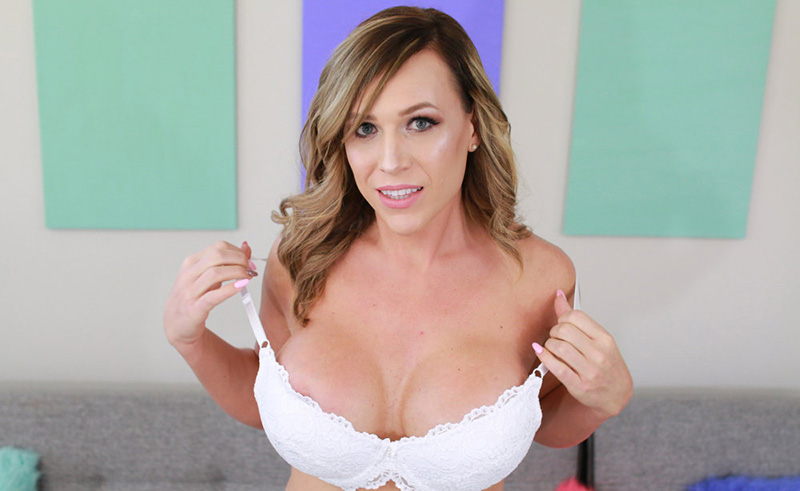 Over the years, she has filmed a massive collection of libidinous solo shows she regularly uploads on her official website. She’s also done some jaw-dropping hardcore scenes with Nikki Vicious, Alura Jenson, Colby, Lindsey Love, Shiri Allwood, Viola Frost, and other fan-favorite stars.

After the success of her Grooby film debut, she filmed another sultry solo scene titled “Beautiful Nikki Jade Taylor Strips”. It was released in April 2016 on Grooby Girls.

One thing I really like about Nikki is her interaction. I guess that’s also the exact reason why she’s successful in both her studio and webcam performances. When I watch her getting wild on cam, it feels like she’s only talking to me. It’s like the rest of the world fades out and it’s just the two of us–sweet!

Watching Nikki traces her fingers around her clothed nipples gives me a huge boner because it really feels like a private moment between us. I’m not sure how she’s doing that. But what I notice is, the more she talks, the more engaging the video becomes. I guess it’s no surprise as Alana Cruise also praised her after their movie. She said that Nikki banged her so well that her head was spinning for hours afterward.