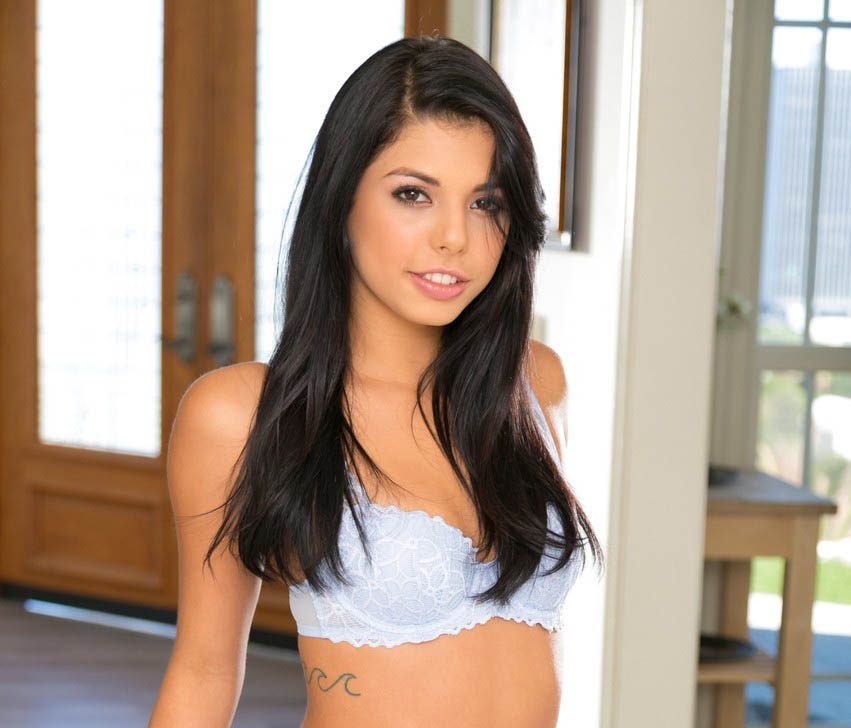 Gina Valentina. A name you’ve probably heard many times before. She’s a Brazilian pornographic actress and you can recognize her from the tattoo on her left shoulder.

One of her best features is her cute and pointed nose. But of course, let’s not forget about her dark brown hair and petite body frame. She also has voluptuous lips I’d love to kiss and a thin waistline that might be nice to hold in a doggy style position. 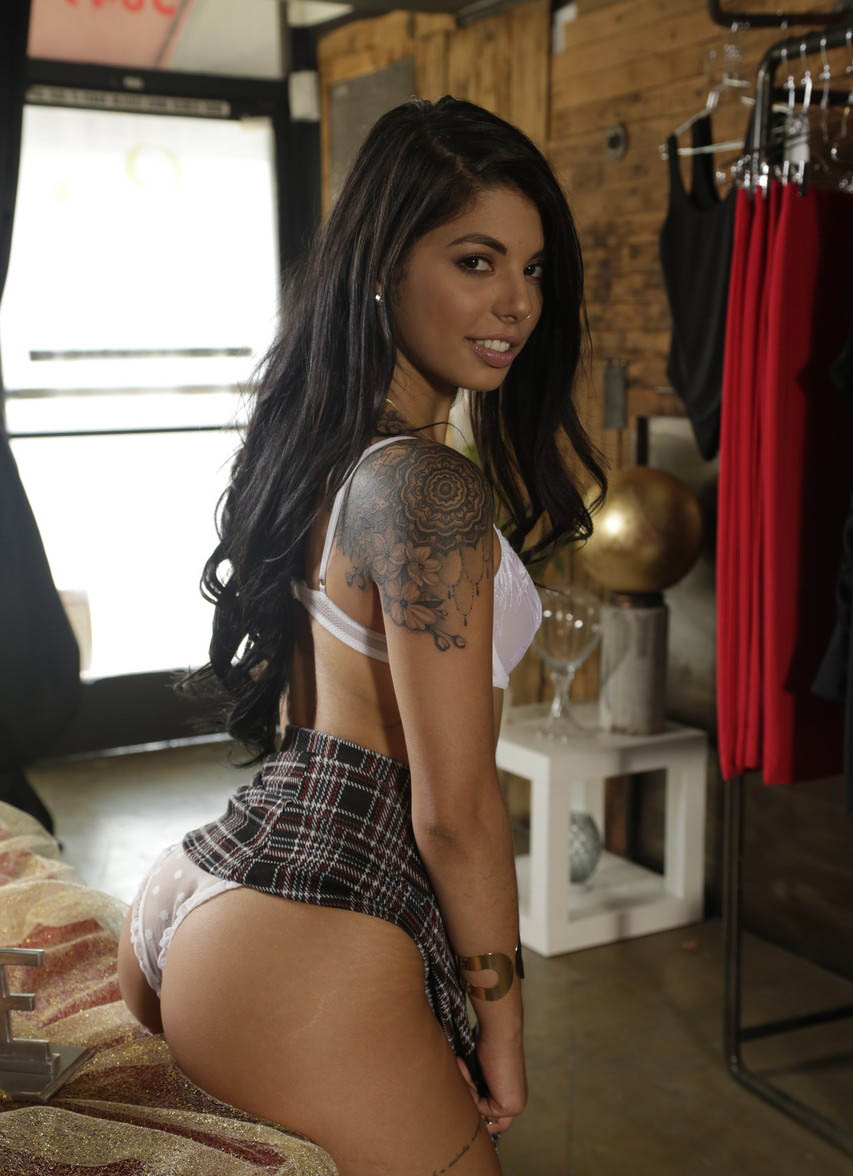 Gina is proud to have a high sexual nature ever since. As a matter of fact, when she was asked about her high school years, she admitted that she’s the kind of girl who talks to everyone. She’s friends with every clique in school, and she was also a hippie who loves discussing the good stuff in life and in the universe.

However, most of the time, she really prefers hanging out with the dudes. She even said that she considers boys as her good friends since middle school. They partied a lot, and they always took care of her. Gina thinks it might also be the reason why she’s such a perv.

This bombshell started her adult entertainment career when she was 18 years old, in the summer of 2015. Some of her earliest x-rated scenes were BangBros’ Casting With an 18-year-old Brazilian with Karlo Karrera and Team Skeet’s Our Dirty Movie where she had three-way sex with Lilli Dixon and Joseline Kelly. These two were released in August 2015.

Her film with Sophia Leone, Kimmy Granger, and Jojo Kiss which was released via Evil Angel was nominated at the 2017 AVN Awards for “Best Ingénue Movie”. Gina is a fan-favorite, and she has collaborated with many popular rising starlets in the pornography world.

If you need saucy recommendations, I suggest you check out her sultry shoots with Veronica Rodriguez, Madison May, Jodi West, and Anya Olsen in Lesbian Border Crossings (2016).

Gina Valentina promises to produce more sloppy scenes in the near future. Well, she just loves what she does, so we can probably expect a lot from this bombastic chick. So yeah, keep yourself updated with the ever-evolving adult film career of the gorgeous Gina Valentina.