You’ll easily love Emma for her naturally-toned and petite body figure, hazel eyes, and short, blonde hair. Her body is also decorated with some interesting tattoos and a piercing on her navel. If you would look closely, the tattoos are found on her right rib with some sort of calligraphy writing, and another ribbon bow on the back of each thigh. Emma also has a high-spirited personality that you’d immediately fall in love with, too. 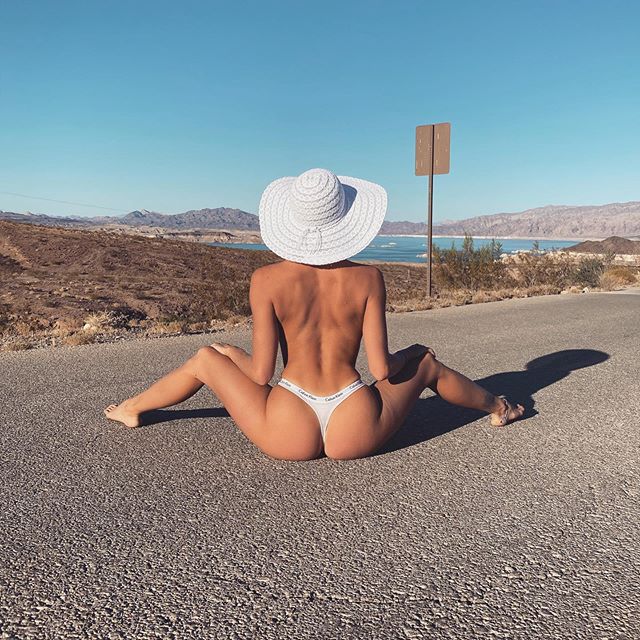 She said in the same interview that she patiently waited until she turned 18 years old first. Then, after reaching out to the talent agencies one by one, Emma ultimately ended up signing a long-term contract with Foxxx Modeling, saying she was most comfortable with them.

Moreover, in her first ever film production, “The Chronic Clit Rubber,” she said that she especially loved rubbing her tight vagina while doing the film, knowing that she would be getting fucked on the same day, too. Emma has already worked with a lot of adult studios, some of which include Pulse Distribution, Hustler Video, AMK Empire, and Girlsway, among many others. From these studios she was already able to amass over 200 film credits under her belt in a few years.

Others are Spring Break Fuck Parties 10 (2017) for Team Skeet, which featured Emma in a kinky group sex scene with Richie Black, Liza Rowe, and Shyla Ryder, as well as Schoolgirls Like It Hard 3 (2017) for New Sensations.

Emma continues to produce new smut and films especially for her fans. We expect more of her performances for the next years to come. She is very active not only in the adult industry but also in her social media platforms, responding to her fans and giving them what they want from her. This chick remains popular on her Twitter and Instagram with over 40, 000 followers combined. She usually posts new content there like her clips from her sex scenes and a lot of naked photos.

She is very popular on Twitter and Instagram with more than forty thousand followers combined. Her fans can follow her constant updates (nude photos and clips from her explicit scenes). Emma currently resides in Topanga City, California.

Emma Hix truly has what it takes to get into the adult industry and establish a name for herself in a matter of years. Being featured in over 200+ films is no ordinary feat, and you can just see the determination and guts of this teenage hottie that made her rise to fame and be one of the best players in the game.